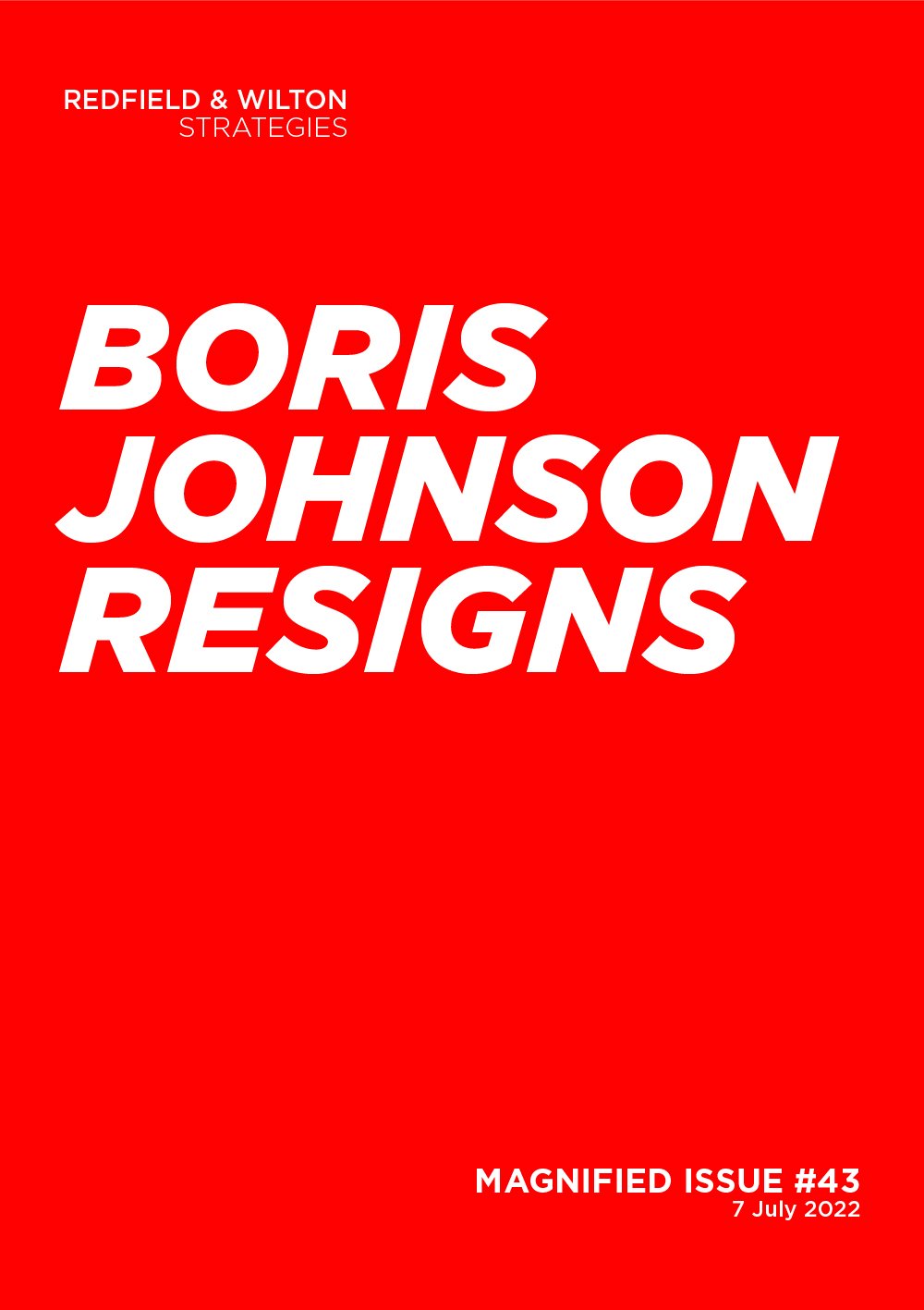 It’s time to take a look at the polls! In this week’s issue of Magnified, we respond to Boris Johnson’s resignation.

In his speech announcing his resignation today, Boris Johnson identified the “herd instinct” of Westminster as the cause of his downfall. Outside of the Westminster bubble, Johnson asserted that his government was “delivering so much,” having been given a “vast mandate.”

Readers of Magnified will know that Johnson’s analysis is egregiously wrong. With an approval rating measured at -31% at the time of his resignation, Johnson’s standing with the British public has never been lower. Though there are many factors that have led to this disastrously low public approval, it is, above all, the lack of a concrete agenda by Johnson’s government that has been the most significant cause of his plight.

Last week, we demonstrated how voters are largely unable to identify just what the Conservatives under Boris Johnson stand for. A bevy of respondents to our polling said they were unsure, including some who would still vote Conservative today.

Levelling Up, the slogan oft repeated by Johnson (even in today’s resignation speech), has been shown to be an empty promise. Few voters in the seats that the Conservatives won in the so-called ‘Red Wall’ have seen meaningful changes in their communities that can be identified as part of a levelling up agenda. Red Wall voters are further unaware of any changes they should be expecting.

Record spending on the NHS has hardly dented the Labour Party’s stronghold as the party for the NHS. A voter who wants to vote for a party that will spend more money on the NHS will continue to vote Labour. In fact, the Government’s approval on the NHS is as low as its performance on the economy.

Meanwhile, Johnson’s Chancellor of Exchequer, Rishi Sunak, his final approval rating standing at -15%, has squandered the Conservative Party’s reputation for low taxes. Voters across the political spectrum, including those who voted Conservative in 2019, now associate the Conservatives with higher taxes rather than lower taxes. A plurality of the public even associates Labour with low taxes.

And finally, on inflation, Boris Johnson’s Government has continued to act as if the rising cost of living is entirely caused by external factors and therefore cannot be addressed by fiscal (or even monetary) policy measures. This erroneous belief that inflation will pass on its own and that recession will be averted absent any pro-growth policies has resulted in a do-nothing, “helpless” Government.

In short, it is these various policy failures, not the Westminster herd, that brought an end to Boris Johnson’s Premiership.