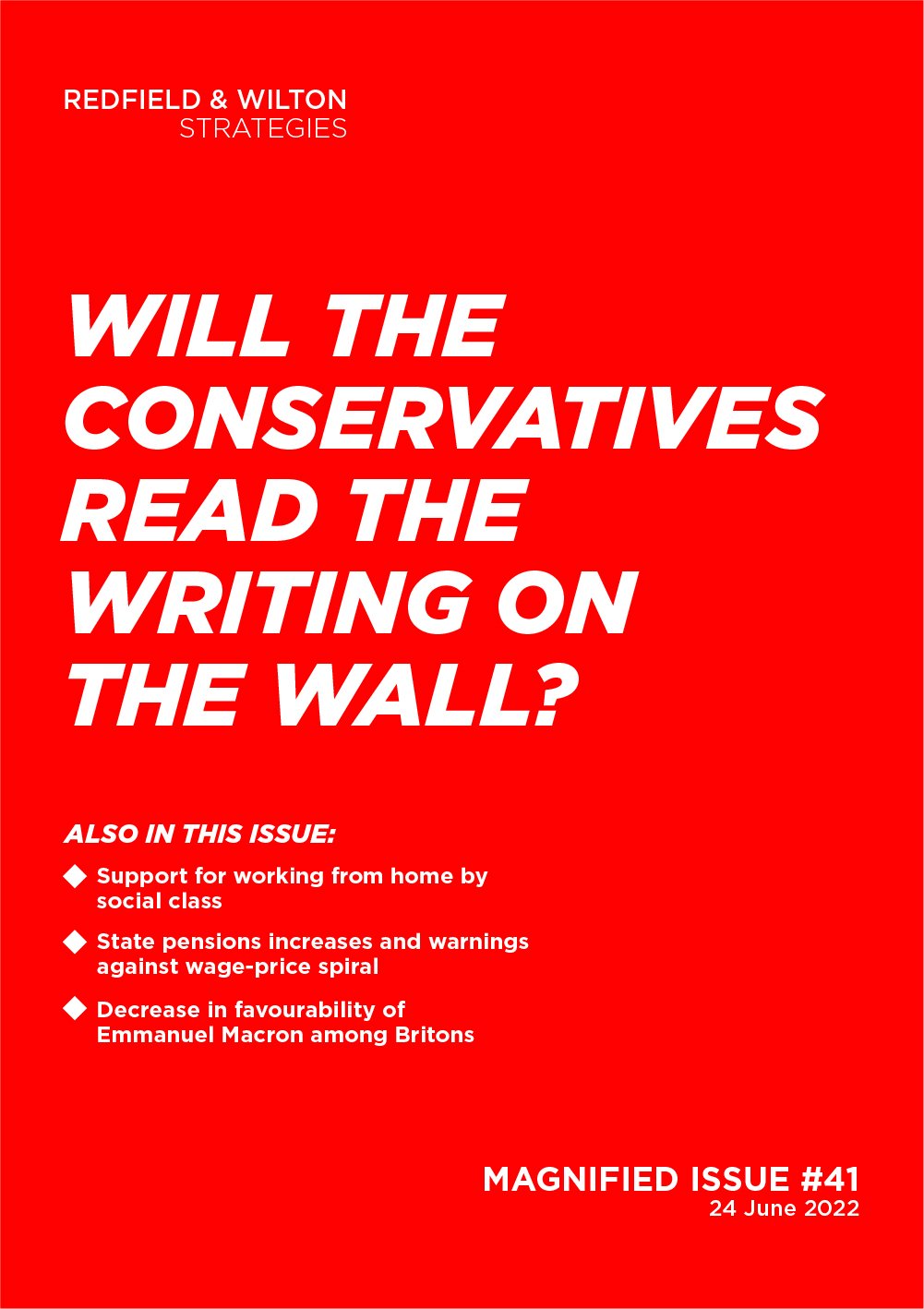 It’s time to take a look at the polls! This week’s issue of Magnified will be a short one in which we discuss yesterday’s by-election results.

Our mid-week poll (which we are releasing today instead of yesterday to avoid any conflict with the by-elections in Tiverton & Honiton and in Wakefield) finds Labour leading by 9%, a very slightly greater lead than in polling on Monday (7%) and last week (7-8%).

With sizeable double-digit swings, yesterday’s by-election results greatly exceed what national voting intention polling has been telling us. There are two key reasons for this difference between the national picture and these two particular by-elections.

First, third parties such as the Liberal Democrats are able to compete, resource-wise, in a by-election campaign, whereas they are otherwise forced to spread their smaller share of resources thin in a national election.

Second, by-elections provide voters the unique opportunity to wage a protest vote against the Government without the risk of the Government losing power. In a by-election, the Conservatives cannot squeeze uncertain or unmotivated voters who lean conservative by dangling the possibility of a Labour Government or a coalition involving the Scottish National Party.

It is therefore unlikely that yesterday’s results in Tiverton & Honiton would be replicated in a national election across other seats where the Conservatives won a similarly large majority in 2019.

Readers of Magnified will know that our polling has consistently found the Government to be out of sync with voters on a number of issues, including the cost of living crisis, ‘levelling up’, taxes, the NHS, the coronavirus pandemic, immigration, policing, energy, and the environment.

With half of the British public consistently saying they disapprove of Prime Minister Boris Johnson’s job performance—double the amount that say they approve—discontent with the Government is clearly widespread. If our latest polling result were to be replicated in a national election, the Conservatives would easily lose their majority.

Nevertheless, the hard reality of an election loss, even one in the unique circumstances of a by-election, can be a far more vigorous jolt to a rudderless Government than an abundance of incisive polling. One can feel the taste, not just the prospect, of defeat.

Will the Conservatives read the writing on the wall?

Support for the continuation of working from home is considerable in Great Britain. 53% of the public supports the prospect of people continuing to take advantage of the shift towards home working during the pandemic. Indeed, a clear majority (55%) thinks our society should adapt towards people working from home rather than encourage people to return to the office, an option selected by 32% of the public.

There is, further, little sentiment that those working from home are just being lazy. 56% of the public disagree with this view while just 22% agree.

Interestingly, support for continued home working varies somewhat by class. Those that describe themselves as middle (58%) or upper (81%) class are more likely to support this continuation than those who identify as working class (51%), likely owing to the greater number of opportunities for those in these class groups to work from home. That said, a majority of working-class respondents are supportive.

OUR TAKE: French President Emmanuel Macron’s party failed to win a majority in this month’s parliamentary elections. As with French voters, the opinions of the British public towards France’s President have also taken a turn towards the worse. Whereas virtually as many Britons (26%) expressed a favourable view of Macron as expressed an unfavourable (24%) of him in early March, we now find that just 17% of the British public say they have a favourable view of the French President. 30% have an unfavourable view of him while a majority remains either neutral (39%) or undecided (13%).